The paper discusses Edward Weston (1886-1958), a 20th century renowned American photographer, dubbed as “one of the most influential and innovative all-time American photographer.” It also looks at his Point Lobos pictures from the 20th century (1900-1969) artistic movement, and analyses the significance of its social message as related to the time period. One of the major contributions of Weston is that he transformed the way photography was viewed by helping people see it as an art form. Presently, experts of art photographers like Weston of the 20th century art movement are often hailed as “modernists” . Weston took a kind of photographs known as “straight photography” where no unusual effects were utilized to modify the image of the subject. In Charles Harrison and Paul Wood observation, the photographs appeared to illustrate the reality in a clear and pure way. The dynamic influence of Edward Weston makes the topic of his life and contribution to the artistic movement worth investigating.

Edward Weston (1886-1958) ranks among America’s most celebrated photographers. His long career spanned nearly 40 years and laid witness to the beginning and the end of the world wars, the increasing use of photography as a major commercial advertising medium, the U.S’ emergence as one of the biggest cultural center, and the Great Depression. He was born in 1886 outside Chicago, in Highland Park, Illinois, after the first born-daughter and as the only son to Edward and Alice Brett. Weston was presented with his first camera by his father on his 16th birthday. He started taking the simple box Kodak camera with him on holiday in the Midwest; and by the time of his return home, his interest in photography had grown to propel him to buy a second-hand 5×7 inch view camera. Weston began photographing in a farm owned by one of his relatives and in Chicago parks; and started developing his own prints and films. After gaining much confidence in his photography, he submitted his work, Spring, Chicago to the Camera and Darkroom magazine, which were later published in a full-page reproduction in the April 1906 issue.
After completing his training in 1908 at the Illinois College of Photography, Weston married Flora Chandler (1879-1965) a year later. In 1911, after gaining experiences at a portrait studio owned by Louis Mojonier (1869-1944), Edward opened his own studio and embarked on an independent career in photography that took him far beyond his beginnings in Tropico. From 1911, he rapidly gained a reputation for his studio portraiture, which he began doing in Tropico. However, Weston’s portraiture business continued to be important throughout his career as a means of supporting his independent artistic explorations and paying bills. In Tropico, Weston’s personal works were geared first and foremost towards the Pictorialist genre. As Pictorialism started to wane in popularity, Weston’s drive for continued growth towards a Modernist style took him from California to Mexico in 1923.
In Mexico, he engaged with artists of the Mexican Renaissance before going back to the United States. In the ensuing two decades of Weston’s career, only once did he settle in a single location for at least two years. With the regular migrations, his works also developed in new directions. Additionally, the people with whom he associated in a particular setting were as influential to him as the locations he visited. Sean O’ Hagan notes that Weston’s works grew in response to his relationship with others, starting from his early years with Flora to his later lovers, fellow artists and models. The most notable personalities included Margrethe Mather (1885-1952); Imogen Cunningham (1883-1976); Tina Modoti (1896-1942); his second wife Charis Wilson (b. 1914); and his second son, Brett Weston (1911-1993) . Margrethe Mather (1885-1952), whom Weston met in 1913, nudged the artist to a more radical style of photography that came to full fruition in 1922, when Weston photographed the Ohio-based Armco Steel works. Later in 1923, Tina Modoti (1896-1942) pushed Weston to an even more radical way of viewing the world through his camera, more so after producing a series of beautifully intimate nudes of her.

It is worth noting that Weston was one of the foremost champions of highly meticulous camerawork and pure photography. Pure photography inferred tightly collected, razor-sharp phantasmagorias with thorough going penetration of field that employed the camera’s capacity to capture detail in a manner that no painter could. In 1929, Weston moved to Carmel from San Francisco and lived there alternatingly until 1938, when he came back for good with Charis Wilson, whom he was about to marry. Carmel Highlands is where Weston and Wilson built their cottage; and Point Lobos a mile away were landscapes Weston came to know warmly. It has been observed that Weston’s photographs of the landscapes have become his reflective tail end to his uncompromising career. All through his camerawork career, Weston was known for his nudes, portraits and pictures of objects (shells, peppers, cabbages), which were abstracted so that their structural or formal values were overriding. Having been funded by a Guggenheim fellowship in 1937-38 on a long trip through the West, Weston paid more attention to landscape. The devotion was fulfilled in his Point Lobos images (see figures 1 and 2). 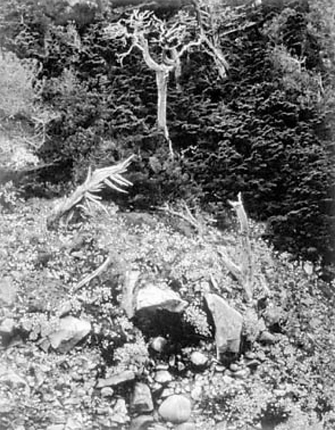 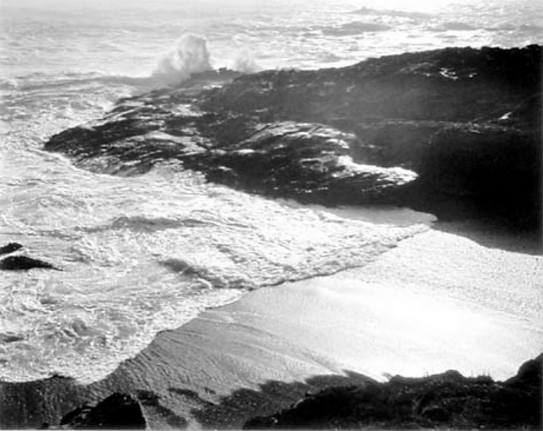 The first half of the 20th century was a period of significant upheaval in the globe, which witnessed major industrial powers fighting two global wars; the rise of Fascism, Communism, and Nazism; and the Great Depression. The decades also marked a time of radical change in the arts when painters, sculptors, and photographers challenged some of the most basic assumptions about the purpose of art and the form an artwork should take. Throughout history, artistic revolutions have often accompanied social, political and economic upheaval. However, never before had the new directions artists explored been a pronounced or as long-lasting as the ones born during the 20th century. Out of the artistic movement, photography emerged as an important form in the work of Alfred Stieglitz and Edward Weston. In essence, the artistic movement contributed to the recognition of photography as a fine art.
Photographers made pictures that did not appear clear and sharp, but rather looked soft and similar to paintings. A group identified as the “f.64” comprising of Weston and a number individualist artist, took photography differently emphasizing on greater depth of field and sharply detailed prints and straight photography. The group together with Weston stressed a conviction that photography must accentuate its unique capabilities that distinguish it from other forms of art. The movement shows the shift from the pictorialist style of photography to modernism that sharply focuses on images. The greater significance of the movement is that it led to the recognition of photography as a form of fine art.

In conclusion, Weston has contributed to the art world by taking photography out of the Victorian age, where it acted as a type of pictorial supplement to painting, to making it modernist in every aspect. Whether in terms of photographical basic landscapes, sculptural nudes or commonplace objects, Edward Weston’s ceremonial braininess was akin to a democratic slant to his subject substance. His mission was to make the commonplace unusual, something that has resonated through photographic practice to the current day. His contribution to the acceptance and view of photography, as a form of fine art in the artistic revolution in the 20th century, is a subject worth researching.