Solar energy is an alternative source of power that comes from the sun and is converted into either electricity or thermal energy. This report will critically review the uses and production of solar energy as well as the advantages, disadvantages, and the future of it. For the information needed to compile this report I use books from the library as well as data available on the internet.

Discussion: Where Solar Energy is Used

Many countries have started using solar energy because of its advantages and positive impact on the conservation of the country’s resources. The most developed states are the ones that are on the top list in regards to installation capacity and usage of solar PV power. Globally, the top five leading countries in this respect are Germany, Italy, China, the USA, Japan and Spain in that order (Boxwell, 2012). They have the technical and financial resources as well as skills needed to implement solar energy projects. It should be mentioned, though, that no UAE country appears on the list of top 10 highest users of solar energy. 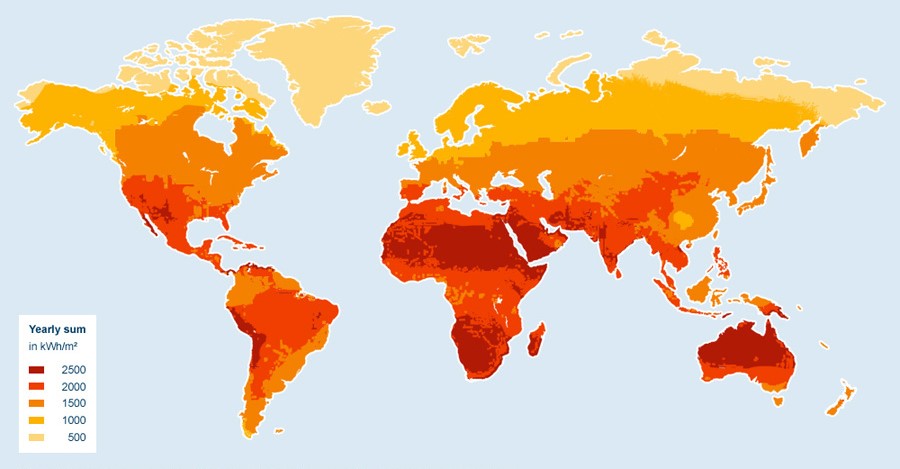 Solar energy is mostly utilized on land whereby solar panels are placed on building, dry land and rooftops to facilitate the conversion of solar power to energy. However, countries like China have devised ways to place large solar panels strategically on the sea. High level of technology is required by a country to increase its capacity for solar PV installation and usage (Jones, 2013).

The source of solar energy is the sun. Solar power is converted into energy (electrical or thermal) using solar panels that are installed with photovoltaic (PV) cells helping to convert solar power to electricity during the daytime (Garg & Prakash, 2011). The solar panels are also installed with inverters that perform the function of converting the direct current to alternating current ready for use (Jones, 2013). The electricity then passes through a breaker box or a battery before it can be distributed. 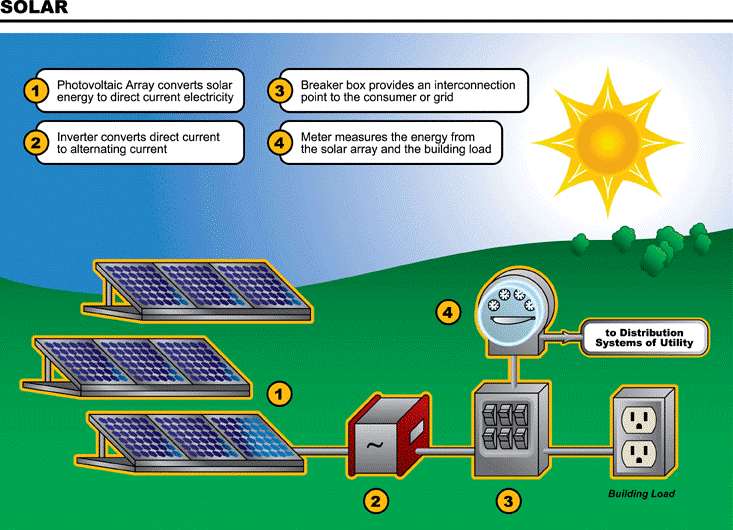 How Much Energy is Produced

Statistics shows that a solar panel with a system capacity of about 3-4 kW can produce energy that is adequate to support a medium sized family home (Boxwell, 2012). This means that it can produce more than 3500kwh of electricity that is typically what a medium sized family uses throughout the year. In addition, a solar panel system energy production capacity increases during the whole day starting from 7:00 a.m. to 5:00 p.m. The highest solar power in kW is produced at noon because at the time the solar power is at its highest point, as demonstrated on the graph.

Solar energy is sustainable and renewable because the sun’s power is not expected to be depleted for many billions of years (Mackay, 2015). After the installation costs have been covered, solar energy is free, and thus, affordable to many people. It replaces the use of electricity produced using water and thus helps preserve water resources. It also leads to the reduction rate of oil energy utilization, and thus, preserves the underground oil reserves. Moreover, solar energy does not pollute the environment and is important for reducing global warming (Mackay, 2015).

Solar energy is limited: people can only take advantage of it during the day. It sometimes also gets disrupted by climate and weather changes (Mackay, 2015). Moreover, installation of solar energy is very expensive in the initial stages. 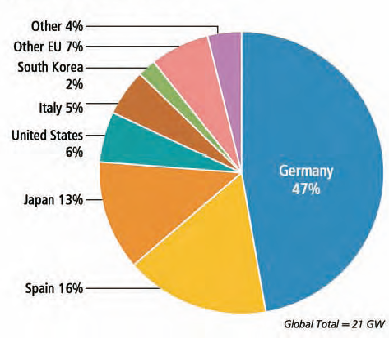 The Future of Solar Energy

The future of solar energy is bright since many countries are taking advantage of the solar power. The cost of building the stations has decreased considerably, and this encourages states to build such stations (Ollhoff, 2010).

Solar energy is now used by more countries than before. The benefit of using solar power is that it is readily available, cheap, safe, environment-friendly and easy to convert to energy/electricity. It is also renewable, which prevents people from worrying that it will disappear. However, solar energy is expensive to install and is limited due to bad weather, climate changes, and time of the day. Nevertheless, many states are constructing solar energy stations to meet industry and household energy requirements. Such practice helps save water and oil reserves.